Before I start welcoming you to Manuscript 16, I would like to publically thank David and wish him a very happy and long retirement. We have worked together since 2007, and it has been a real pleasure working with such a gentleman. Nothing was ever too much for him, and he would happily work long hours and into the night to meet deadlines and to make sure customers received outstanding service.

After over 12 years immersed in the world of pens, David Cooper has decided to retire on his 70th Birthday. And he is giving all his loyal customers and friends worldwide a farewell present! Our pens in the movies:

our pens are in two new films which will be released later this year. 'Darkest Hour' is due for release in November and stars Gary Oldman as Winston Churchill.

The second film is the next in the Kingsman franchise - 'Kingsman: The Golden Circle'. If you have seen the first Kingsman film you'll know that our Kingsman Pen played an important role.

First up is the Conway Stewart Regency, an unusual and highly collectible model. When we first found a small number of these pens we thought the shape and colours made them highly attractive, yet in spite of the distinctive curved top and cap sections they had slipped beneath our radar as previously issued Conway Stewart models and it took a few weeks of research to determine exactly what they were.

We discovered that the Conway Stewart Regency was originally issued in 2009, in four colour options - including Marine Blue and Sepia Blue which are now available here - and their truly unique look and rarity has made them highly sought-after by many serious CS collectors. We have just a few of both colours still available. What do you look for in a great pen? The Conway Stewart Churchill has a distinctive and elegant shape that's been appreciated by thousands of pen users and lauded by pen experts for over 25 years. By any measure, the Churchill is indeed a great pen and these two new releases, issued in mid-July have proved once again that true class and style will always appeal to collectors. Just a few remain in both colours, so you'll need to act quickly to reserve yours. 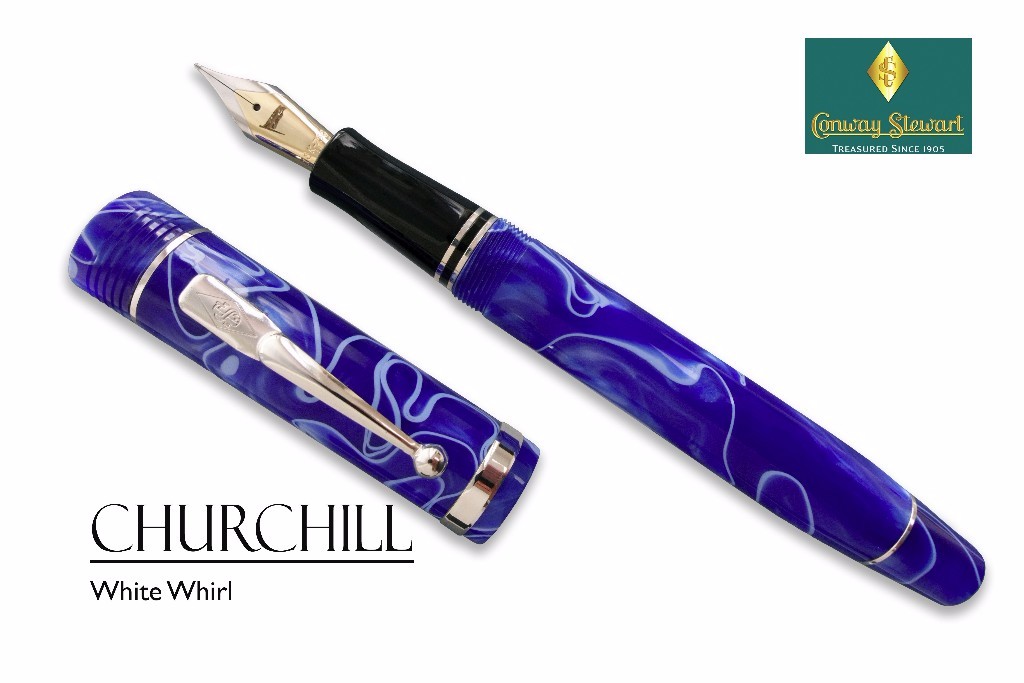 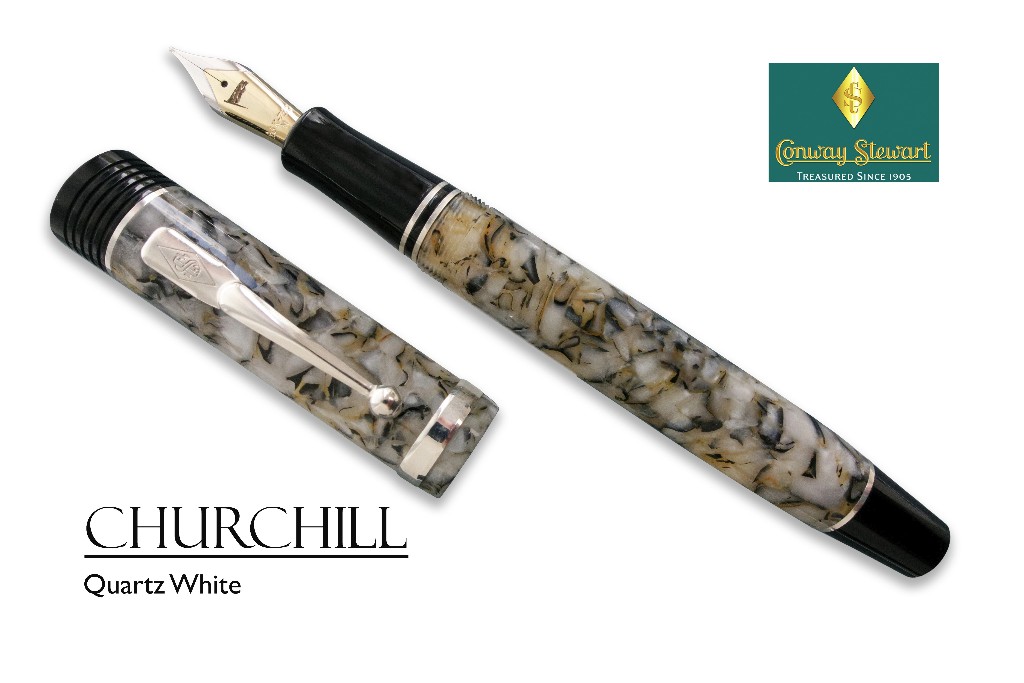 Always popular with pen collectors, the Conway Stewart Series 100 has stood the test of time and is as popular today as it was when it was first introduced in the autumn of 1954 and was seen as the flagship pen of the company going into its Silver Jubilee year - 1955.

The latest new release of this iconic pen - the Conway Stewart Series 100 in beautiful Bronze acrylic - carries all the same features as its predecessors, notably the distinctive rounded shape and the high position of the clip, and in a colour that reflects the summer months. 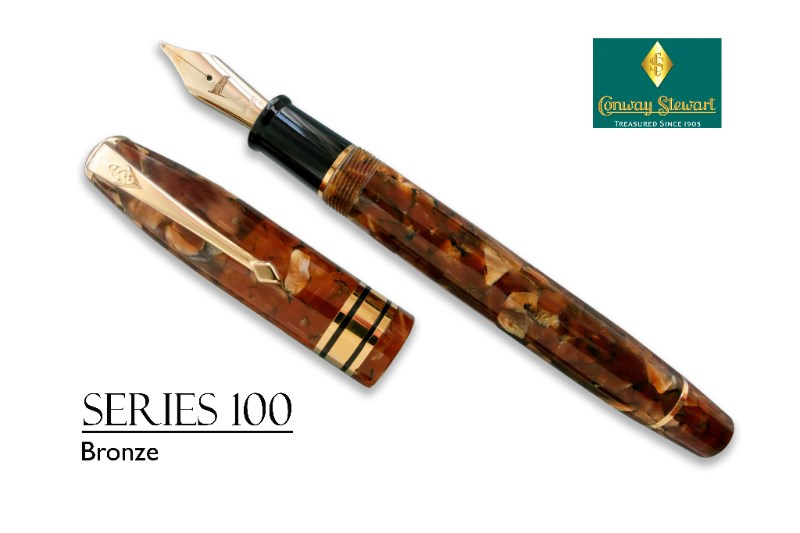 This Conway Stewart Raleigh is in a beautiful marbled brown colour named after Dartmoor, the large National Park in Devon with its wild, open moorlands and deep river valleys. Magnificent scenery and a magnificent pen. Very English!

No other Conway Stewart pen has the distinctive design elements of the Raleigh. The perfectly proportioned barrel is complemented by two solid gold rings and topped with a cap that features a slight inward curve towards the top. Unusually, there is a quartet of solid gold rings around the cap while both the cap top and barrel end feature an unusual stepped design which give the Raleigh a rakish touch of distinction. 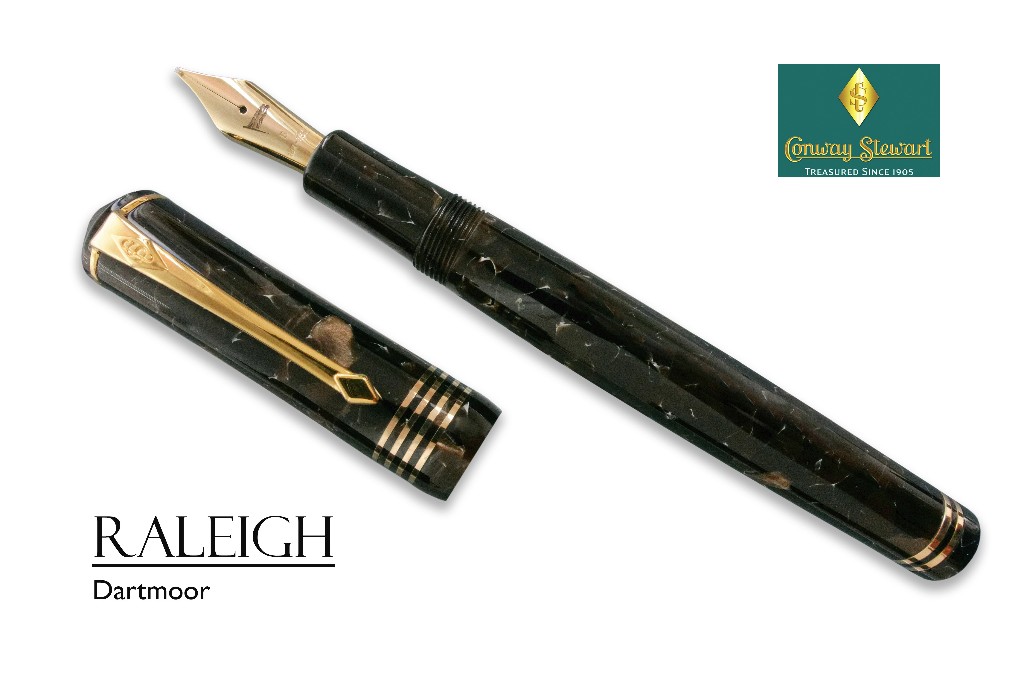 If you enjoy reading 'Manuscript', please forward a copy to your pen friends and colleagues and express your enjoyment by 'liking' us on Social Media. You'll find all the links at the bottom of this email. It all helps to spread the word about BBP worldwide!